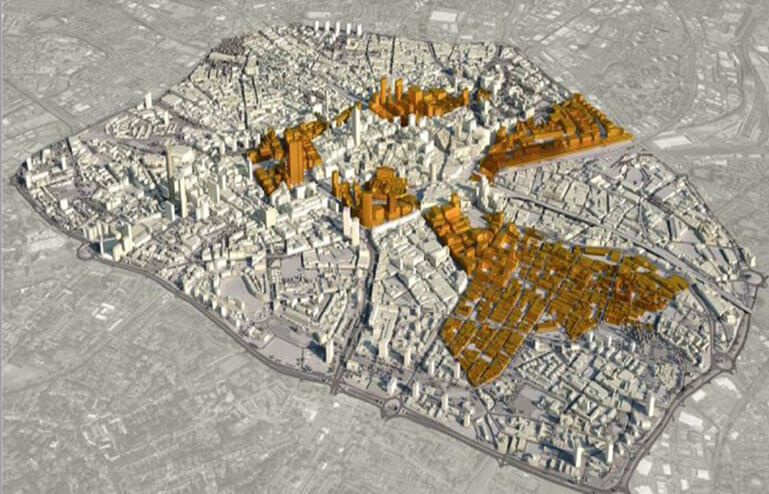 The city with a plan

In June 2016, shocked observers learned that, by an exceptionally narrow margin (50.4%), Birmingham, the UK’s second-largest city, had voted in the national ‘Brexit’ referendum to leave the European Union (EU), defying the trend in other leading cities.

Birmingham’s political division over Brexit echoes that in the UK overall. While proponents of the split (‘Brexiters’) typically foresee a cornucopia of new commercial opportunities once the country has left the EU, their Remainer opponents fear the risks of being economically isolated in a world of financial and political uncertainty.

The British government’s own analysis appears to justify Remainers’ anxiety. This supposedly confidential research, parts of which had been leaked to the media in January 2018, was published in March of this year.

It argues that, if the UK leaves the EU in March 2019 without striking a deal – a so-called ‘hard’ Brexit – the West Midlands economy, of which Birmingham is the hub, could shrink by as much as 13% over the ensuing 15 years. Of all the UK’s regions, only the North East would be worse affected. Even if the recently-announced draft withdrawal agreement is approved by Parliament and is followed by a reasonable trade deal, the report predicts the region could face economic contraction of about 8% over the same period.

The current state of Birmingham’s economy belies such pessimism. The City Council, its governing body, reported in July that, in the first quarter of this year, unemployment had fallen by 7.9%, compared with the previous quarter. Simultaneously, productivity had risen by 1.8% and, for all of 2017, the average worker’s earnings were up by 2.7%.

The office market is also strong. The report showed that, over the second quarter of 2018, take-up rose by 14% over that for the first quarter.

To round off these impressive numbers, the report noted that economic output in Birmingham gained a nominal 4.8% over the previous year’s figure.

Even though the Council’s latest report has revealed some slight softening in the economy during the third quarter of 2018, the underlying tenor of local business confidence remains high. Such concerns as have been expressed centred less on Brexit than on the effects of an American trade war with China, as well as on rising interest rates.

These data bear out what investors in Birmingham business and property have known for some time: the city’s economy is growing at well above the UK national average. Much of the expansion is fuelled by the Big City Plan, already in progress for a decade and considered the UK’s biggest-ever programme of urban renewal and development. 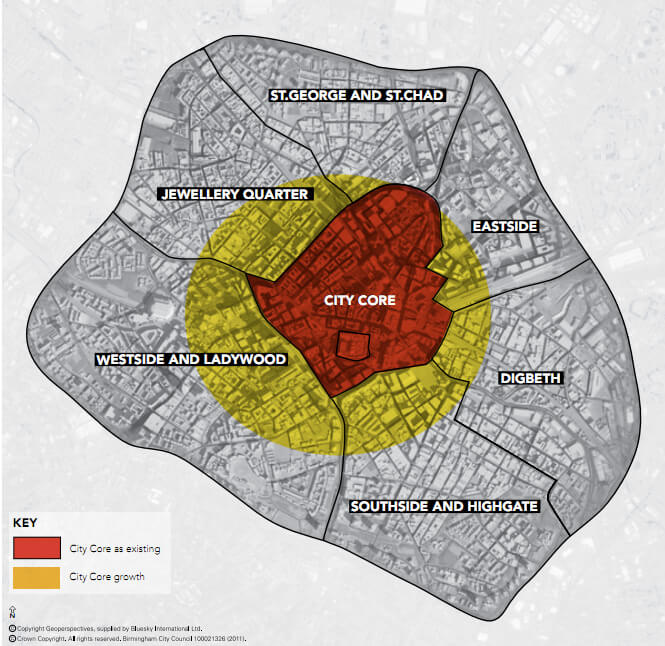 Even after ten years, the Plan is far from complete. Following major infrastructure investments, the development of a new financial centre, that attracted the likes of Deutsche Bank and HSBC, the City Council is now focused on accelerating the pipeline of residential developments to tackle the undersupply, especially in the city centre. In addition, the City Council is now fully engaged in the preparations for, first, the Commonwealth Games, which Birmingham will host in 2022. That will bring 700,000 visitors and worldwide coverage in social media and the press, thereby drawing local and overseas investors’ attention to the city.=

Secondly, much of the Plan includes a convergence with the development of HS2, the UK’s new £56 billion high-speed rail network, linking London and the Midlands. This began construction in 2017 and Birmingham will be the first stop when it opens in 2026. The city will build a new station in Curzon Street specifically for HS2, also making that location the focus for the redevelopment of the adjacent Digbeth and the South and East side areas. To support this, the City Council is committed to an ambitious plan to extend the West Midland Metro network linking the various parts of the city centre with the suburbs and the other regional cities such as Wolverhampton. This plan has already started and will perdure until the opening of the HS2 station offering visitors and professionals alike full access to the potential the city presents.

Although Brexit has never been part of it, the exceptionally large investment that the Plan entails in infrastructure and property development means that Birmingham has significant inbuilt protection from the worst effects of leaving the EU.

Additionally, London is losing ground, in economic terms, to the UK’s principal regional cities. Partly, this reflects political changes over the past two decades that have boosted regional autonomy and growth.

However, a more tangible impetus has been the continuing ebb of skilled workers from the capital as regional cities abandoned their decayed manufacturing roles and redeveloped as centres of services and knowledge. Birmingham has been the biggest beneficiary, drawing a record 7,620 ex-Londoners in 2017.

Moreover, the largest group of these new arrivals was in their 30s, attracted to, as one observer described the city, “the regeneration capital of the country”.

Brexit has also fostered this devolution. Many companies trading with the EU are seeking alternative revenue streams from the domestic market, while also repatriating their EU-based supply chains to guard against disruption. This is already benefiting regional capitals such as Birmingham.

The numbers in context

In any case, the UK government forecast is no more than a best guess. Because it is so unprecedented, nobody really knows what the actual effects of Brexit will be. Besides, governments everywhere, not just in the UK, have a long record of getting their predictions wrong.

Even a decline of 13% in economic output over 15 years, the government’s worst-case outlook, is equivalent to an annualised decline of no more than 0.9%. That compares with Birmingham’s current economic growth of around 2%, already comfortably higher than the UK average of about 1.7%.

Moreover, the premise for that forecast is a hard Brexit, with no withdrawal deal. Given that both sides stand to lose so much in that instance – indeed, the EU may have more to fear – some sort of deal will probably be reached before the UK’s departure next March. Certainly, the current draft agreement stands little chance of Parliamentary approval and could even lead to a second Brexit referendum.

On past experience, both sides will wait until the last moment before, faced with imminent failure and probable disaster, they finally stop arguing and settle. The ensuing agreement will likely be short of detail, but should avert the worst of the expected outcomes and, simultaneously, provide a basis for continuing growth.

Above all, the announcement of a deal – any deal – should alleviate the current uncertainty. Ever since the mid-2016 referendum, those doubts have undermined business confidence and restrained investment. Consequently, in the second quarter of 2019, there could be a rush of new money, especially into the strongest areas of the UK economy, such as Birmingham.