The city’s development is attracting people and investment

Leaving the past behind

In the past, Birmingham was often the subject of disdain. It was seen as the polluted centre of the Industrial Revolution (1750-1850) and, in the 20th century, as a concrete jungle dominated by the motor-car industry surrounding it. 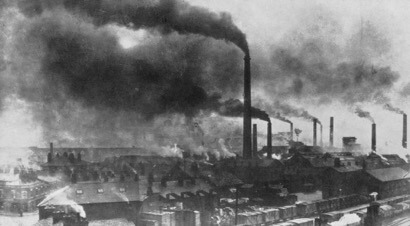 When that business was overtaken by German and Japanese car imports from the mid-1970s, economic decline followed. So, in the mid-1980s, the local government began to redevelop the city as a services hub for the UK’s Midlands region, seeking to take advantage of Birmingham’s central location and network of fast road, air, and rail links.

Initially, the plan focused on attracting sporting events, exhibitions, and conferences, with the International Convention Centre and The Arena both completed in 1991. Later, the Bull Ring, Birmingham’s central market since the Middle Ages, was redeveloped. The new complex opened in 2003 and has since become one of the UK’s three most popular shopping centres, with John Lewis, one of the UK’s largest retailers, as its anchor tenant.

In 2008, the first part of the so-called Big City Plan was launched, with the second unveiled in 2010. Today, it is well on the way to regenerating not only the city centre, but also the surrounding urban areas. Its holistic approach includes upgrading the road, rail, and communications infrastructure, as well as encouraging new residential, retail and office developments.

With the aim of adding 50,000 new jobs, 1.5 million square metres of new retail, leisure, and commercial floor-space, 5,000 new homes, and of boosting the city’s economy by over £2 billion annually, the plan is claimed to be the biggest UK city development scheme ever undertaken.

A key element has been the £600 million redevelopment of New Street Station, opened in 2015. It is a central hub of the national rail system, as well as the hub for the Midlands region. Via an adjacent stop, it also provides easy access to West Midlands Metro, a tram network serving Birmingham and its suburbs, including the airport, as well as neighbouring cities such as Wolverhampton. Opened in 1999, the service is being expanded from 26 to 35 destinations, including the airport. 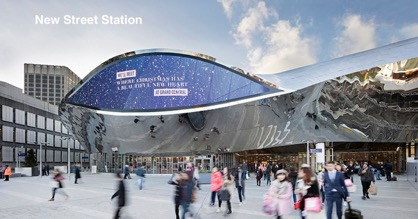 Birmingham Airport, offering flights to about 100 international destinations, has benefitted from the investment of more than £500 million in a runway extension, better road and public-transport access, and new baggage-handling facilities. The facility aims at servicing 18 million passengers by 2033, up from the current 13 million.

Exceeding even these projects in size and scope, the first phase of the UK’s new £56 billion high-speed railway, known as HS2, began construction in 2017 and is designed to cope with an expected doubling of rail travel between London and Birmingham over the next 20 years. It is expected to open in 2026, linking Euston station, London, to Curzon Street, a dedicated new terminus in central Birmingham. With trains running at up to 250 mph, HS2 should cut the London journey from the current one-and-a-half hours to just 49 minutes. The new station will also encourage further development of Birmingham’s commercial centre and its environs. 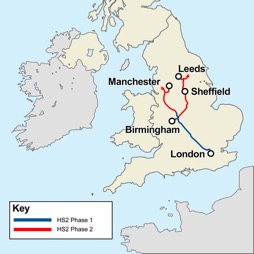 When fully operational in 2026, HS2 is should bring a further 26,000 jobs to Birmingham, while, for the West Midlands region overall, it could increase total economic output by as much as £4 billion annually.

This concentrated programme of regeneration and infrastructural development, together with the availability of world-class sports arenas in and near the city, was a significant factor in the December 2017 selection of Birmingham as host for the 2022 Commonwealth Games. This event is expected to attract over 700,000 visitors, as well as social media and press attention across the world, and will promote Birmingham as a showcase for international investors and entrepreneurs.

Number One UK city for start-ups

Meanwhile, with a long history as one of the UK’s principal manufacturing centres, it is not surprising that the city is fast becoming a draw for new businesses. This is helped by the fact that there are three universities in the urban area, with another 15 within an hour’s drive, together producing a claimed 110,000 graduates per year.

With the availability of several technology incubators, attractively-priced office facilities, support networks, and even funding sources (one of the latter, Finance Birmingham, is controlled by the local government), the city has been voted the best UK centre for start-ups for five consecutive years, with over 11,000 new firms founded in that period.

An important reason for this accolade has been the £1 billion redevelopment of the Longbridge area, once the home of one of the UK’s largest car manufacturers. The district’s Tech Park, built at a cost of £100 million, is now home to over 60 local, national, and international businesses.

Birmingham’s central location and network of transport connections has also attracted major organisations, such as HSBC. The banking giant has spent £200 million on its new national head office in the city, to which about 1,000 staff have moved from its former London headquarters. 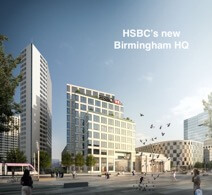 With such an abundance of investment and optimism for the future, this once-declining city now has the youngest demographic profile in Europe, with 40% under the age of 25. Moreover, the population, currently, 1.15 million, is forecast to grow by 6.4% by 2026, outstripping the projected average growth of 5.5% for the UK as a whole.

A feast for the property investor

These prospects constitute a textbook case for property investment in Birmingham. Already, growth in house prices is well above the UK average and far exceeds that of London. Many observers expect prices to rise by nearly 25% over the next four years.

By then, international investors might become so familiar with Britain’s second city that they, like the locals, will call it ‘Brum’ and may even think of themselves as ‘Brummies’.

To get exclusive events invitations, market reports and investment insights straight to your inbox, please register and leave your details here: