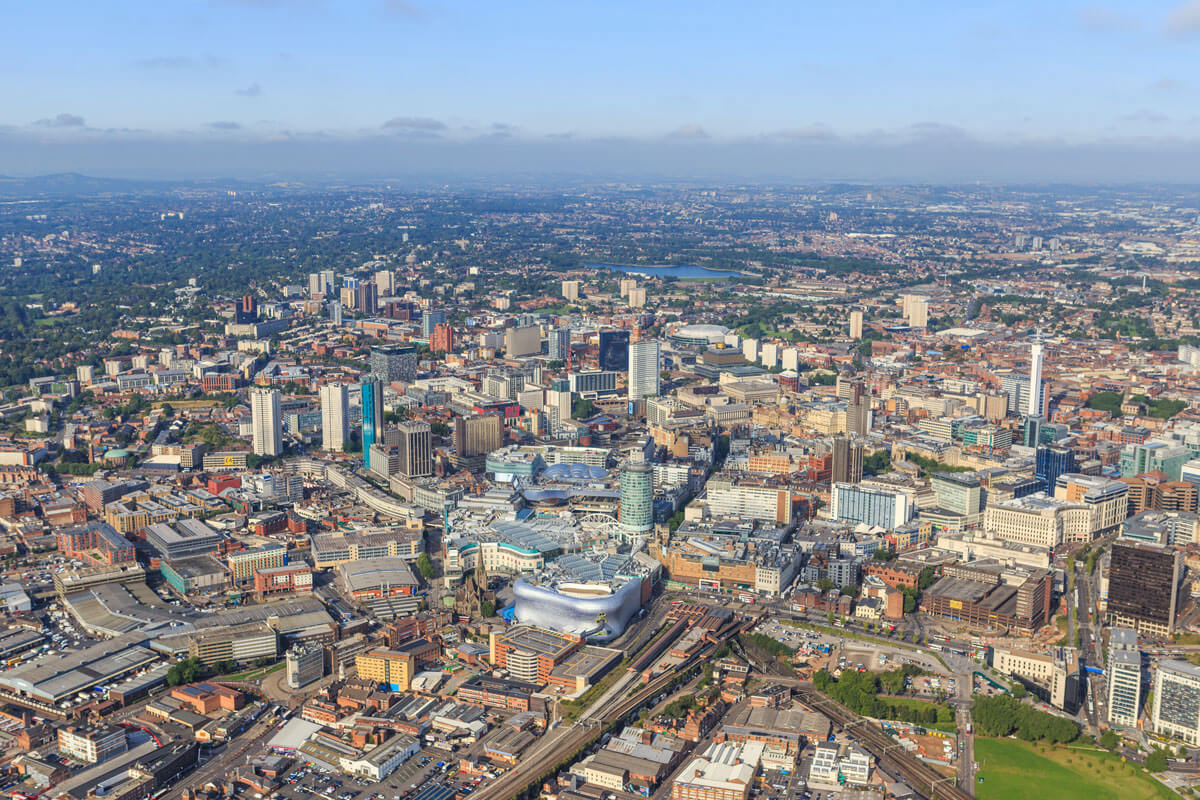 What’s happening and where it could go

Over the past decade, the UK’s West Midlands region, with Birmingham as its hub, has seen strong growth in residential property values. Moreover, having been the 12th best-performing national residential market for a decade, the period since the shock Brexit referendum result in June 2016 has seen Birmingham’s home prices accelerate, to make it the fifth strongest. Why?

In previous blog posts on the city’s property market, the effects of the Big City Plan have been emphasized, noting how this 20-year project, still barely half-completed, is transforming the economy of Britain’s second-largest city.

The Plan is not just a regional effort but is tied into the continuing development of HS2, Britain’s £56 billion scheme to open a new national 250mph rail network in 2026, with Birmingham as the first terminus.

Together, these two schemes form the most visible elements in the Midlands Engine Strategy, the UK government’s grand plan for the creation of a new centre of economic growth across the middle of the country. The term is now routinely applied to Birmingham alone.

It’s not just high-profile infrastructure projects that are driving up local residential values. Equally important has been the happy combination of affordable home prices with booming career opportunities. In turn, those attractions are boosted by supportive demographics.

The city’s growing proximity to London – about 75 minutes by train, dropping to less than 50 minutes when HS2 becomes operational – is complemented by its simultaneously tightening links with other Midlands cities, fostered by improving tram, rail, and road networks.

When the second phase of HS2 opens in 2033, Birmingham’s commercial reach will also extend northwards, to Manchester, Sheffield and Leeds, thereby further underpinning the demand for housing.

Meanwhile, London has priced itself out of the market for younger and first-time buyers. According to Knight Frank Research, new-build development prices range from £1,000 to over £2,000 per square foot in much of central London, compared with only £350-450 across all of Birmingham, 60% cheaper than the capital.

On its own, that contrast might well be a ‘value trap’, where prices are cheap for a good reason and, thus, likely to remain so. This is far from the case, as indicated by the creation of 148,000 new jobs in Birmingham over the 12 months to September 2017.

Against these booming investment and job-creation trends, more attractive new-build prices form a powerful incentive for Londoners, especially. They have been responding enthusiastically, with over 7,600 of them migrating to Birmingham in 2017, making it the top regional destination for those relocating from the capital.

The expected longer-term result of this migration, from both London and, even more, from elsewhere in the UK, is an increase of 171,000 in the Birmingham population, raising the total to some 1.3 million by 2039. Indeed, in the decade since the Big City Plan was announced, the population already grew by 12%, or 108,000.

This will be mostly young people. With about 40% of residents under the age of 25, Birmingham not only one of the youngest cities in Europe, it is also UK’s most entrepreneurial regional city counting 12,108 start-ups operating in the city in 2017. This creates a large and steadily expanding pool of would-be tenants.

Most of these younger migrants and entrepreneurs cannot afford to buy a home and prefer to rent. With no major change likely in the demographic composition of immigration over the next many years, this preference should persist.

Meanwhile, despite a host of new residential developments now under way, Birmingham remains desperately short of homes for its fast-growing population. The Birmingham Mail has reported that the rate of new-home completions needs to rise no less than fivefold to match the city’s expected surge in population. Yet, although completions have been rising, they are still not satisfying demand, especially in the city centre.

With such a wealth of positive factors, it’s not surprising that property values have been rising across Birmingham. Rather, the surprise is that rents have also been increasing steadily. This belies historic trends, when yields fell as prices rose, and reflects the widespread demand for rental options.

Buyers are not without encouragement, however. About one-third of first-time home buyers in the Midlands have been helped by the government’s Help to Buy scheme. Launched in April 2013, it provides loans on advantageous terms so that qualifying first-timers can afford buying their home with little cash requirements.

Such support, allied with expanding rental demand on the other hand, means investors should continue to enjoy the exceptional double benefit of rising values and surging rental income values for several years to come.

According to Jones Lang Lasalle, Birmingham home prices gained 4% in 2018, while rents rose 3%. The disruptive effects of Brexit, with a deal or without, are expected to produce some levelling-off this year and, probably, in 2020 also. After that, the pace should accelerate again, with prices rising 4% or more and rental values by 3.5% in 2021 and 2022.

A key element of the city’s new residents is graduate intake. Birmingham not only has three leading universities of its own, but there are 15 more within an hour by road. Together, these produce about 110,000 graduates annually and, according to government research, almost half of these will remain in the city.

That gives confidence for employers that they can find the quality of new talent they need, thereby reinforcing the already superior attractions of Birmingham for new businesses.

Moreover, many of these graduates will seek work in financial services, the principal focus for new grade A office developments in the city centre. In turn, that will highlight the desirability of new, high-quality, homes near that centre, thereby sustaining the continuing rise in both values and rents.

Young families and singles will continue moving to the city for these reasons, but will also be drawn by the increasingly attractive and livable environment of Birmingham.

The entire look and feel of the city is being transformed by new residential, commercial, educational, and leisure developments, including parks, entertainment complexes, and open spaces.

Such improvements are continuing under the Big City Plan and will be further boosted by the Birmingham Development Plan 2031, adopted in January 2017. It doesn’t propose new developments, but ensures both current and future schemes are managed as a cohesive whole in terms of connectivity, infrastructural support, access and environmental sustainability.

Investors in new Birmingham homes will reap the benefits of these attractions as a steady inflow of young, educated tenants combines with value-conscious buyers to enhance both the value and yield of their investment.

If you’d like to learn more about these trends, download our in-depth report Birmingham City Spotlight and Market Outlook: https://the-axium.com/invest-in-the-city/

To take advantage of these trends, discover the latest property developments in Birmingham core city centre: